Conference on Migration at Sts. John and Paul, Rome 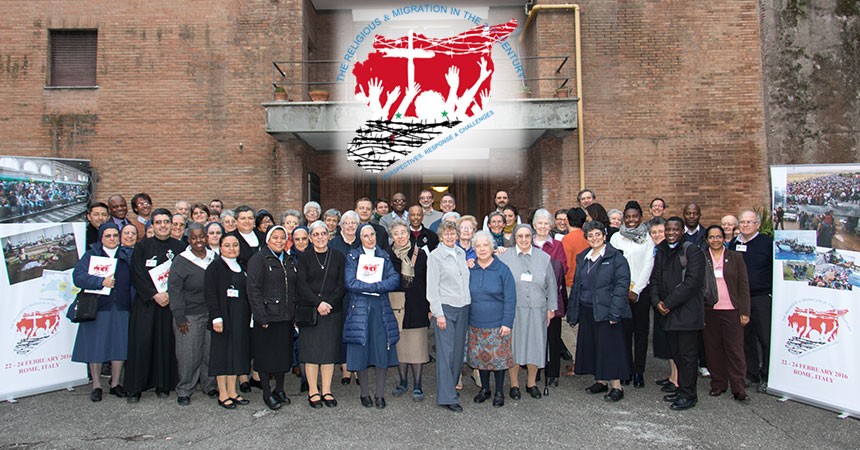 In the midst of a global humanitarian crisis of migration and refugees, a conference was held in the General House of the Passionists on 22-24 February, 2016. The theme of the conference was “The Religious and Migration in the 21st Century: Perspectives, Response and Challenges”. It was co-organized by the four Religious NGO’s accredited to the UN, namely the Passionists International, Congregations of Saint Joseph, the Augustinians International and the Vincentians.

Most Rev. Fr. Joachim Rego, CP, the Superior General of the Passionists welcomed the participants and gave the opening talk. Among the various speakers was Honourable Ms Cecile Kyenge, a migrant herself. She is currently a Member of the European Parliament and a former Cabinet minister for Integration in the Italian Government. Rev. Fr. Gabriele Bentoglio, CS, the Under-Secretary of the Pontifical Council for the Pastoral Care of Migrants and Itinerant Peoples also intervened in the Conference. Several other eminent personalities also made their contribution.

The first major session focused on the Battle of values between fear and fidelity to Solidarity: Understanding migration dynamics and the urgency of the current situation. The second session centered on the Practical responses to the migrants/refugees and the final session looked at the strategies for effective response.

During the course of the Conference several migrants/refugees also shared their experiences, both positive and negative.
The participants numbering around 80 came from 25 Religious Congregations or Organizations.

For a profile of speakers and other details please go to these links:

Summary and Reflection from the Feedbacks